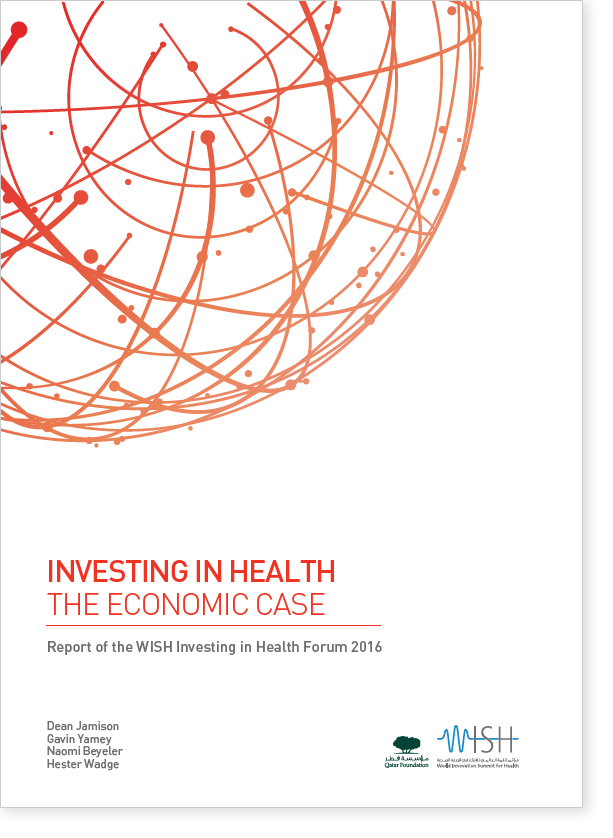 Given this health progress, which was largely due to scaled up domestic and international health investments, should policymakers conclude that the time is now right to shift their investments away from health toward other sectors, such as climate or agriculture?

That’s certainly an argument that some development experts have made.  But a new report that I co-authored with two of the Center’s collaborators, Dean Jamison and Naomi Beyeler at the University of California, San Francisco, with our colleague Hester Wadge at Imperial College London, argues that such a shift would be a mistake. It could threaten this recent progress and cause a sharp rise in avoidable deaths, such as from malaria.

Our report, Investing in Health: The Economic Case, was launched yesterday at the World Innovation Summit for Health (WISH) in Doha, Qatar.  We argue that demoting health investments makes no sense, given that “health has arguably made the largest contribution to sustainable development.”  Building on previous work by the Commission on Investing in Health, we synthesize the latest evidence on the economic value of investing in health and provide seven new compelling case studies of the large returns to investing in health (see map). 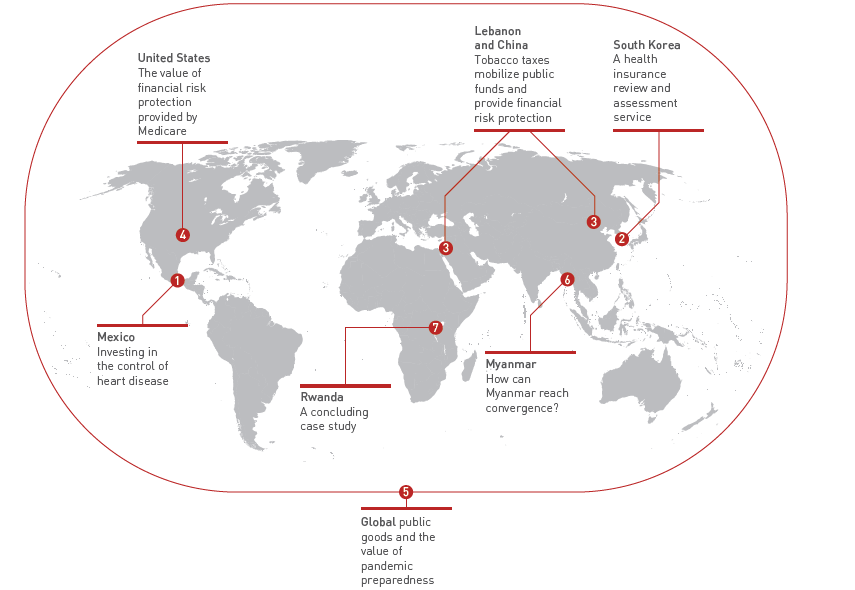 Our report has three key messages.

First, there is a strong economic rationale for investing in health. Health boosts individual and household income, as well as a country’s GDP, in many different ways.  For example, healthier people work harder and take fewer days off for sickness, and healthier, well-nourished children are more likely to go to school and stay there longer, which in turn is linked to higher earnings in adulthood.

While there is some value in examining GDP, we also caution that “if policymakers only use the GDP to estimate these benefits, they will not see the full picture.”  They should go beyond using the GDP alone and also use metrics that capture the inherent value of being alive for longer.  When asked, people place a high monetary value on the additional years of life that health investments can bring, an “intrinsic” value that is not captured in the GDP.  One metric that captures this value is the change in a country’s “inclusive income”:

Using inclusive income approaches shows the enormous benefits of investing in health and is a powerful argument for maintaining these investments. Policymakers need to do more, we argue, to make sure health spending reflects people’s priorities.

Our second message is that health services should be publicly funded rather than paid for privately out of pocket. “Without public financing,” we say, “there will be some who cannot afford the care they need, and they will be forced to choose sickness – perhaps even death – and financial ruin; a devastating choice that already pushes 150 million people into poverty every year.”

Our third message is that, in determining which specific services to offer, governments and aid organizations should invest in “best-buy interventions” targeted to local need, such as vaccinations, family planning, and antiretroviral medicines to treat HIV.

The report also makes the case that as low- and middle-income countries undergo economic growth and graduate from health aid, donors should redirect this aid at the so-called global functions of such aid:

Investing in health, we conclude, brings comprehensive benefits to a nation, “lifting many out of the poverty caused by medical expenses; boosting productivity and income; and, perhaps most fundamentally – improved health and longer lives for its people.”